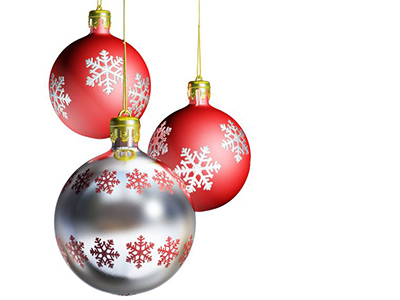 Christmas at The Bell

Whether you are planning a Christmas office party, a night out with friends or a family get together our Christmas menu will suit your needs.

All we ask is that you pre-order before you arrive on the booking form provided on the Christmas menu page.

Quiz Night at The Bell

Join us for Quiz Night, here at The Bell Inn, every other Thursday, from 9.00 PM.

On Monday lunch-times we offer two for £11.95 for any items on our specials board.

The Bell Inn has a relatively modern frontage, but a trained eye will discern the inn's Tudor origin . . . .

In the time of Queen Elizabeth I the timber framed building was entered from the side, the two ancient doorways can still be seen in outline, whilst inside, in the bars, the original Tudor crossbeams are much in evidence.

Whether The Bell was purpose built as a Tudor beer-house is not known, but it was definitely operating as a hostelry in 1622 when the landlord was William Chambers.

For continual failure to close his house during evening prayers the church censured Mr Chambers. Too many villagers were 'tippling and drinking' at The Bell instead of performing their pieties at the church opposite. Thankfully Chamber's reaction to the church's admonition is not on record, but his wife is said to have vented 'evil and foul language'. In fact the local church was not without its own blemishes. for in 1606 the ex-curate of St. Nicholas was arraigned for attacking the vicar of Reculver who was forced to defend himself with a dagger.

The Bell has also partaken in smuggling intrigues. When William of Orange was en route to Holland his described St. Nicholas as having a smuggling fraternity, exploiting the local chalk chambers and tunnels as hides. The Inn has a hidden cellar accessed by a trapdoor in the bar. which was so narrow only a boy could negotiate it. Furthermore a tunnel reputedly led from cellar to the church, where a cache of contraband was discovered in a storeroom and the key found, dubiously in the possession of the landlord of The Bell !

The late 18th century was not only a prime time for the island's smugglers; it also witnessed an influx of holidaymakers. They sojourned at Margate and Ramsgate but enjoyed village excursions, where they would explore the local church and take repast at an inn. One such visitor was John Baker, whose diary entry for October 8th 1777 records somewhat peevishly 'went at 8 o'clock thro' Acol and turned up to St. Nicholas; thought to breakfast there but only one public house and that scrubby'. Baker hastened away to the Crown Inn at Sarre, which he found more to his likening. Just what Baker meant by 'scrubby' is not clear, perhaps he had an aversion to doggy 'smells', for at that time The Bell was renamed the Hare and Hounds, after a pack of hounds said to be housed there. Hare coursing was a popular 'sport' amongst gentry, who used some village hostelries as virtual clubhouses.

When Baker visited The Bell in 1777 the pub was leased to the Cobb Brewery in Margate, Cobb bought the freehold in 1798, ending the former owners - the Bridges family - long association with the inn. This distinguished yeomanry was later to produce the poet Laureate Robert Bridges, 1844 - 1930.